Collecting, Narrative, and the Impossibility of Fire

When you walk into the wilderness, you’re supposed to collect things. You should notice plants and even pluck a few for your journal. You should jot down the names of trees. Should write your observations of the blue jay and the black bear. Should chronicle your trail stories of getting lost, choosing a campsite, and appreciating grand vistas. 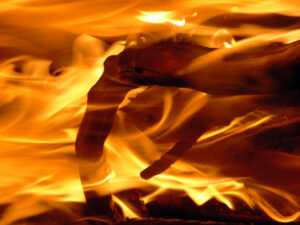 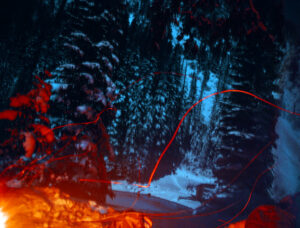 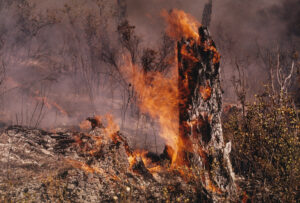 I knew all this in 2004, when I walked into the Selway-Bitterroot and Frank Church wilderness for the first time. But the area held two things against me. 1) This was where my great-grandfather and my grandfather came in the late nineteenth-century. And what they left behind was a dark past I didn’t want to confront. 2) This area was now the largest wilderness area in the lower 48, and, for that reason, important to American identity and political policy, a geographical and socio-political giant I couldn’t grasp.

So instead of exploring those more difficult private and public issues by collecting memories, plants, and political polemics, I started collecting fire. Whenever I went out in the woods with friends, family, or students, I snapped photos of flames, eye white or buttery yellow, and coals, meaty red or cloud gray.

I consider myself a collector of fire. What happens around a fire during a backpacking trip–intimacy with earth and other people. A campsite has no spirit until it has fire. Once I watched my sister-in-law braid my daughter’s hair in dozens of strands around a fire while camped in the bosom of a Canadian glacier. Once I spent a week with fire fighters in the backcountry and sat on the sleeping bag of a dark-eyed smoke jumper during a heavy rainstorm, listening to him talk about fire in Alaska. Fire is irony. It purifies and destroys. It is heat, it is passion, it is ashes, it is ruin. To stay alive, it consumes itself.

Unlike memories and plants, fire, like snow, is impossible to collect.

Nothing but silent snow falling, snow not
making a sound, like a hand that writes
to cover everything up. Snow falls right
on the window, falls white on the piers,
it lies down a moment, then disappears
to another world–and you miss it a lot.

from “Snowflakes” by Jiri Orten, July 1940
Translated by Lyn Coffin and Leda Pugh

Posted on June 10, 2020 by DJ Lee. This entry was posted in Posts, Writing. Bookmark the permalink.